Every FEC is different. Laser tag, arcades, kids’ play equipment, restaurants, games, axe throwing — there’s always something new you can add. A unique blend of activities that works for your local market. The latest in location-based entertainment alongside the old, reliable staples.

One of those new technologies spreading throughout the FEC world? Virtual reality. You’ve probably heard about it by now. Maybe you’ve even tried it yourself. Could be you’ve even got some VR attractions in your space already.

If you’ve had some experience with VR at home, you might be thinking, well, maybe people would want to play some of those games. You supply the gear and they pay to play for a while, similar to a traditional arcade game. There are plenty of games available that lend themselves well to this model, and there are platforms that make it possible to do commercially.

Many family entertainment centers have a little space they could dedicate to this kind of VR. Players are typically standing in place or moving around very little, and you can set up several booths all next to each other. The drawbacks are, of course, people can increasingly play these stationary games at home.

There’s also virtual reality experiences designed specifically for location-based entertainment, like family entertainment centers. Here, the games will typically be built strictly for in-person multiplayer that's not possible to support at home, and often fall into either shooter scenarios, or collaborative puzzle-solving.

Shooter games may attract similar crowds as laser tag or paintball, and essentially, they work the same. Players shoot at each other while exploring an arena, and there are (virtual) walls and other obstacles separating them all. These can be exciting additions to a family entertainment center — but you do need quite a lot of space that has to be kept clear.

Puzzle-solving games like virtual reality escape rooms require relatively little space on the other hand, and provide a more accessible activity that doesn’t require reflexes or experience with video games. From multi-generational families to groups of teens to a young adult double date, the options here are immense. 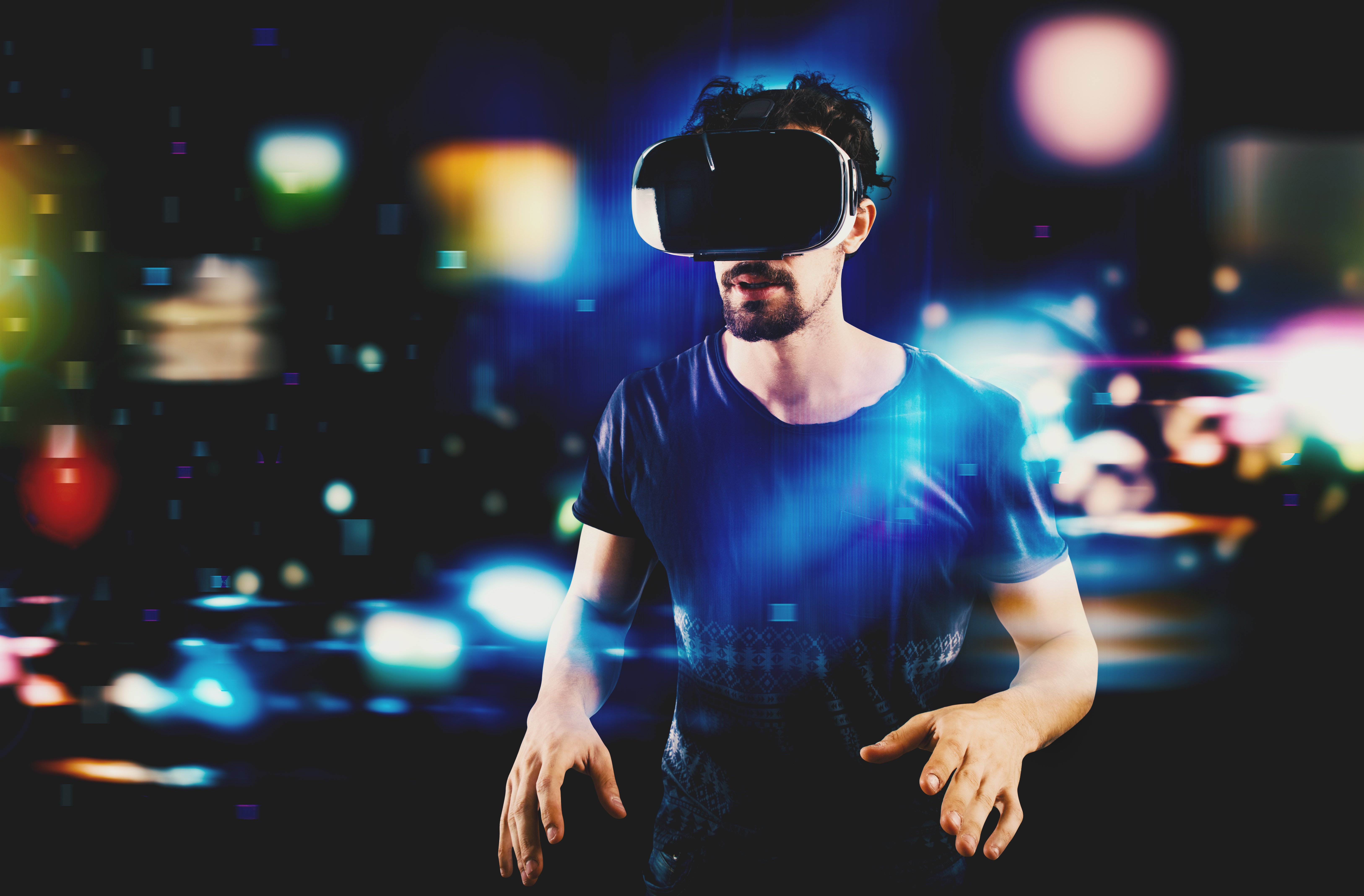 You don’t want to break the bank with any new entertainment purchase. Luckily? You don’t have to. The hardware itself is quite affordable these days — it does also serve a consumer market, after all. Headsets typically come with standard controllers, and that’s generally enough for consumer level games or VR escape rooms.

Of course, there’s plenty more you could look into if you are going to support a shooter game. You’ll probably also want some additional VR shooting accessories to make the game feel more immersive, and you may want some additional sensors or haptic feedback on the players to increase the realism of the shots. If you are looking to add things on, the price certainly can get steeper.

Unlike many physical attractions for family entertainment centers, however, the physical space is very cheap. If you’re doing VR booths you’ll want something separating them, but otherwise, you’re just looking at an empty room. You’ll want to decorate the walls and the floor perhaps, but this can all be quite minimal.

There’s no machinery to maintain or install. There’s no real construction costs. You’ll want to know you’ve got backup hardware in case something does happen and a headset takes damage for example, but it’s all readily available.

Then, the really huge benefit to VR? Once you’ve got your space set up, that empty room becomes whatever you want, whenever you want. You’re not locked into one game like traditional arcade cabinets — a click of a mouse and your customers go from repairing a space station to escaping from a dragon! This is outstanding for driving FEC repeat business compared to traditional, more cost-intensive physical escape room.

How To Open A VR Space in Your FEC

We’ve got the equipment know-how to help you through the setup, and we’ve crafted five different virtual reality escape scenarios (plus a few VR extras!) in a wide range of settings. With us, you’ve truly got something for everyone.

Want to know how to become a partner? Find out here! 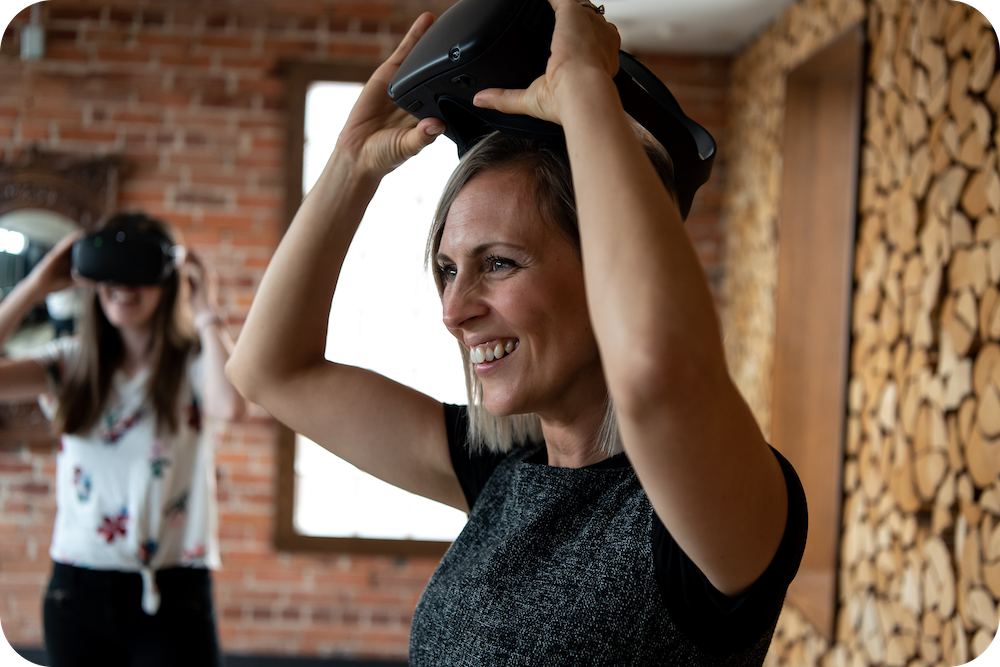 Virtual Reality is the New IMAX for Science Centers and Museums

Science centers and museums have an incredible opportunity in virtual reality. The technology opens up amazing and intuitive new ways of storytelling, entertainment,... 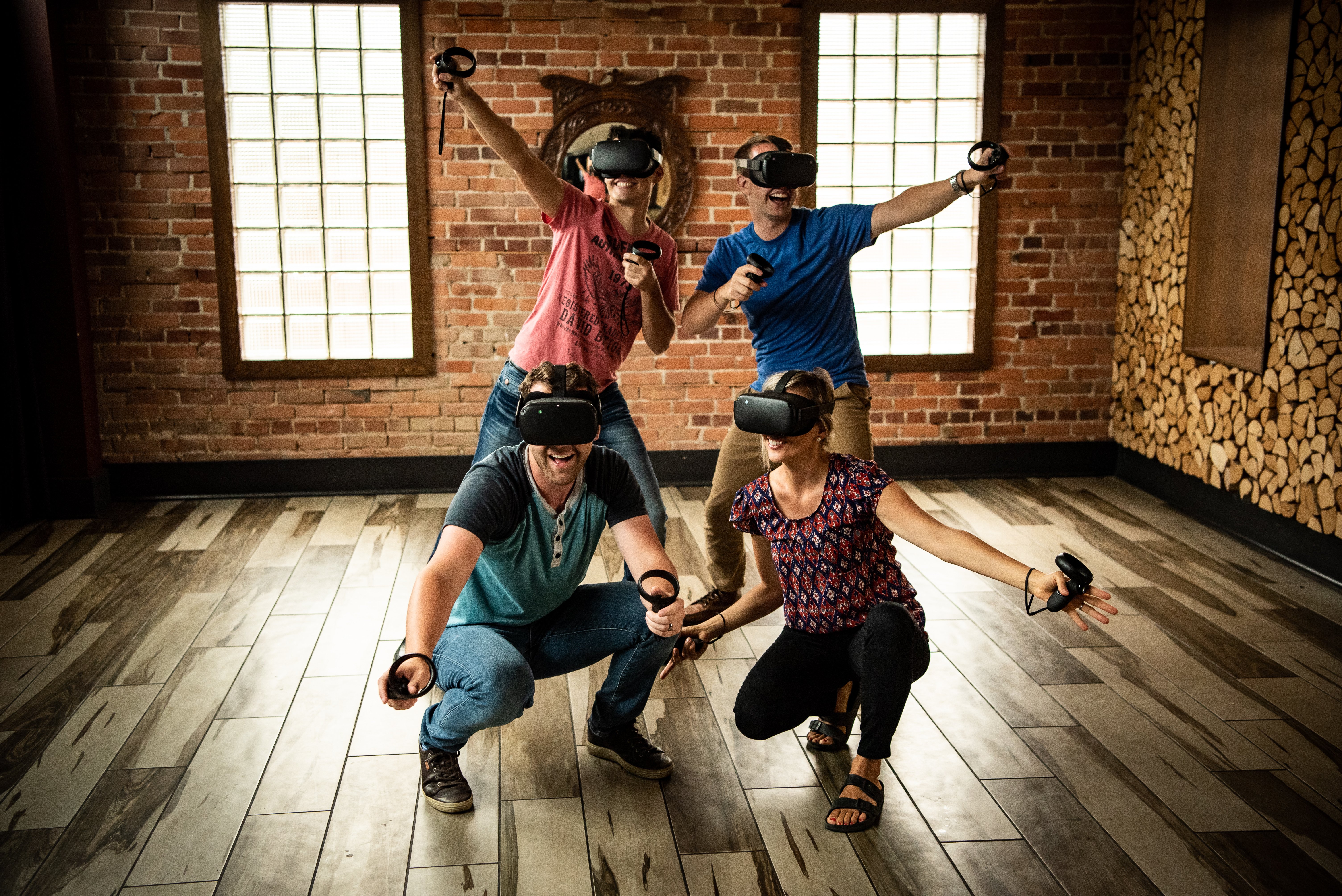